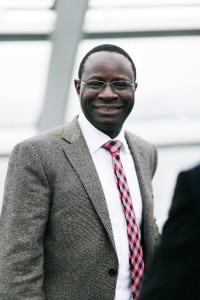 The first German Member of Parliament of African descent, Dr. Karamba Diaby of the Social Democratic Party, has urged the German government – in which his party is in charge of the Foreign Ministry – to acknowledge unambiquously the 1904 genocide committed by the German colonial power in Namibia as the first genocide of the 20th century. He pointed out that Germany cannot reasonably urge Turkey to take over responsibility for the genocide towards the Armeniens in 1915 without themselves taking over full historical responsibility for the 1904 genocide in Namibia. In his parliamentary speech applauded upon by all parties Diaby quoted the Jewish survivor of the Holocaust Elli Wiesel with the words: „Who degrades himself as much as to supress the commemoration of the victims is killing them a second time“ and demanded a more diverse and inclusive memorial culture respecting also the history of Black people and People of Colour in Germany.

Dr. Diaby’s speech came just a couple of days after a much read newspaper interview with former minister Heidemarie Wieczorek-Zeul of the same party sending the same signal to the German government. She said that acknowledgment and a German apology are know inevitable and would be a gesture of respect not only for the direct victims but for all Africa. She remembered her acknowledgment of the ovaHerero and Nama genocide in 2004 and her sincere apology which, she says, was deliberately given without the knowledge of the foreing ministry and the president. She said she knew they would have intervened and prevented her from saying the words she wanted to say and that the reason for Germany’s ongoing refusal to aknowledge the genocide is of course connected with it’s fear of reparation demands by the ovaHerero and Nama people.